"CAUSE BEHIND THE CLAWS"

Reptiles are perhaps the most feared, persecuted and misunderstood animals on the planet. From the desert and rainforest species to the ones found in our backyards, far too many are facing extinction on every continent. Habitat loss, pollution, over collecting for the pet trade or species simply killed out of fear and ignorance have all taken a toll. Many people call themselves "animal lovers" yet more often than not they only love the animals they perceive to be cute or harmless. The fact is, more people are killed by furry animals in this country than scaly ones. It is a little known fact that the proteins and enzymes extracted from snake and spider venom are used to make medicines that save and prolong thousands of lives on a daily basis. I find it sad that in this age of  "reality television", many shows are entirely dedicated to portraying animals such as reptiles in a negative way even though attacks are rare and most species are not typically aggressive towards humans.

In 1993 I began my Traveling World of Reptiles show. Since that time myself and my employees, Chris Boerema, Jim Galeno and Jeremy Taulbee have performed more than twelve thousand presentations helping to dispel many of the myths surrounding these animals as well as educating audiences as to why they're
necessary and beneficial to us and the environment. We do not persuade people to "like" reptiles but rather to "respect" them and explain the reasons why they should be protected. Because of the growing interest in the exotic pet trade it is important to make people aware that many species do not make suitable pets for children even though they can be legally purchased at many local pet stores. These animals often suffer at the hands of inexperienced keepers, can become dangerous or escape into the wild to become invasive species that damage the environment. Despite their lack of appeal and the rare danger that certain species may pose to humans, one should understand that as long as they are far enough way from us as to not pose a threat we are much better off leaving them alone! 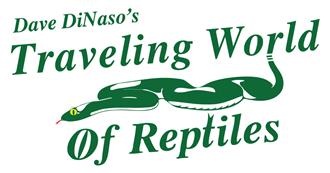