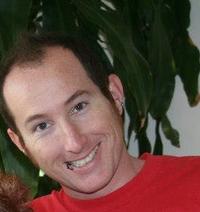 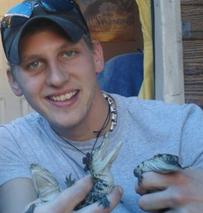 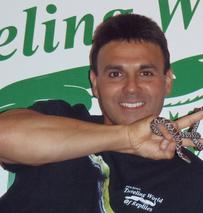 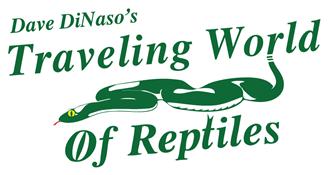 DAVE DINASO attended Illinois State University and started the Traveling World of Reptiles shortly after returning from college in 1993. When he was a child he spent his summers in Michigan at his family's summer home catching every critter he could find. I guess you can say he's been hooked ever since. Over the years he has cared for dozens of different reptile species from alligators and crocodiles to tortoises and rattlesnakes. Nearly every animal used in his show has been bred in captivity and personally raised and handled from the moment they left the egg or in the case of live birth when they were born. He has cared for and rehabilitated many local mammals such as armadillos, skunks, opossum, raccoons, squirrels and bats. His education is not limited to the study of captive specimens. Each year he finds time to pursue his love of nature and most recently visited Western Canada and traveled down South to the San Juan Islands to photograph killer whales. He has been to the Farallon Islands off the Pacific coast to dive with great white sharks. Over the years he has researched, filmed and photographed animals on Five continents and has traveled to 4 different rain forests around the world. Dave has photographed animals in three African Countries, traveled extensively throughout Australia as well as the Pacific and Atlantic coasts of Central America in Costa Rica. While in Africa he filmed Nile crocodiles on the Orangi river, witnessed the "great migration" along the Serengeti plains and filmed big game animals in the Tangire National Park, Ngorongoro crater and Lake Manyara. Down under he scuba dived the great barrier reef, trekked through the Australian temperate and tropical rain forests, visited the outback and traveled North to the Adelaide river where he filmed the world's largest reptile, the salt water crocodile. In April of 2014 Dave will begin his 20th year performing animal shows in Chicago and the surrounding suburbs with no intentions of quitting any time soon. He has personally performed nearly 8000 shows during this time. His interactive show is a unique blend of humor and education that has made the Traveling World of Reptiles the most popular animal show around.

CHRIS BOEREMA is a veteran of the Traveling World of Reptiles as he begins his 9th year performing shows. When it comes to animals his story began long ago when he was only two years old. He was that young when his family opened and operated two pet stores in the Chicago-land area. After school it was off to the pet store where he soon learned the ins and outs of the business and was responsible for the care and husbandry of dozens of different species of mammals, reptiles, birds and fish. By the time Chris was in high School he knew how to take care of nearly every animal available in the pet trade. Life in the pet store has come and gone but Chris' love of animals remains till this day. He spent months in Mexico where he earned his master scuba certification and is a trained rescue diver. His dive experiences include, ship wrecks, underwater caves, coral reefs, whale shark and great white shark dives and open ocean all over the world. Don't worry Chris occasionally leaves the water for dry land and has traveled to 17 different countries including most recently Costa Rica where he photographed dozens of animals in the Central American rain forest. He owns property in the Bahamas and occasionally will get out of dodge and relax for a month or two on the islands. When he's home he spends much of his time performing shows and caring for his animals. With a quick wit and a style all of his own Chris has become a fan favorite and many will call to specifically request him to come out and perform. Chris took a break from shows but returned last April after 8 months of back packing throughout South America to begin performing shows again on a part time basis.

​​JEREMY TAULBEE Gators and snakes are nothing new to Jeremy as he was born and raised in Florida and recently moved to Illinois bringing both his critters and Southern accent along with him. The transition was rather easy for Jeremy considering he performed reptile shows in Florida so he simply started right where he left off. He studied biology and photography at Jacksonville Florida College and in his spare time he worked as a volunteer at the Florida Naturalist Center at the Museum of Science and History where he maintained and cared for the reptiles, amphibians and birds of prey. As a member of the Jacksonville Herpetological Society, Jeremy worked for hours in the fields and swamps exploring, catching and studying the native flora and fauna in the area. He has also spent a great deal of time in the Florida pan handle, the cypress swamps and pinewoods observing and photographing the native plants and wildlife. Jeremy is an avid fisherman and loves to spend time on the water. He also enjoys camping, surfing, snorkeling and Kayaking. Jeremy is also co-authoring a field guide to Illinois spiders with Dave. The two recently have printed an Illinois spider identification poster detailing more than 70 spiders with all of the photos taken by the authors. With more than ten years of knowledge and experience handling all sorts of critters as well as an outgoing personality it was a no-brainer when it came to making him a part of our team! He has already performed hundreds of shows since he began and now has almost two years experience with the company.